The good folks at Outerbike invited Gravelution.com down to Moab this last weekend for our first "GO" at the incredible mountain bike demo festival. It was a blast. Here is Gravelution's list of Outerbike "Pros & Cons."

Pros.
Cons.
I really can't think of anything else negative to say about our Outerbike experience. Would I do it again? Yes, in a heartbeat. I was sad to leave on Sunday. We had an absolute blast.

And one final note, as a staunch gravel rider, I was basically one of three people in lycra the WHOLE weekend: 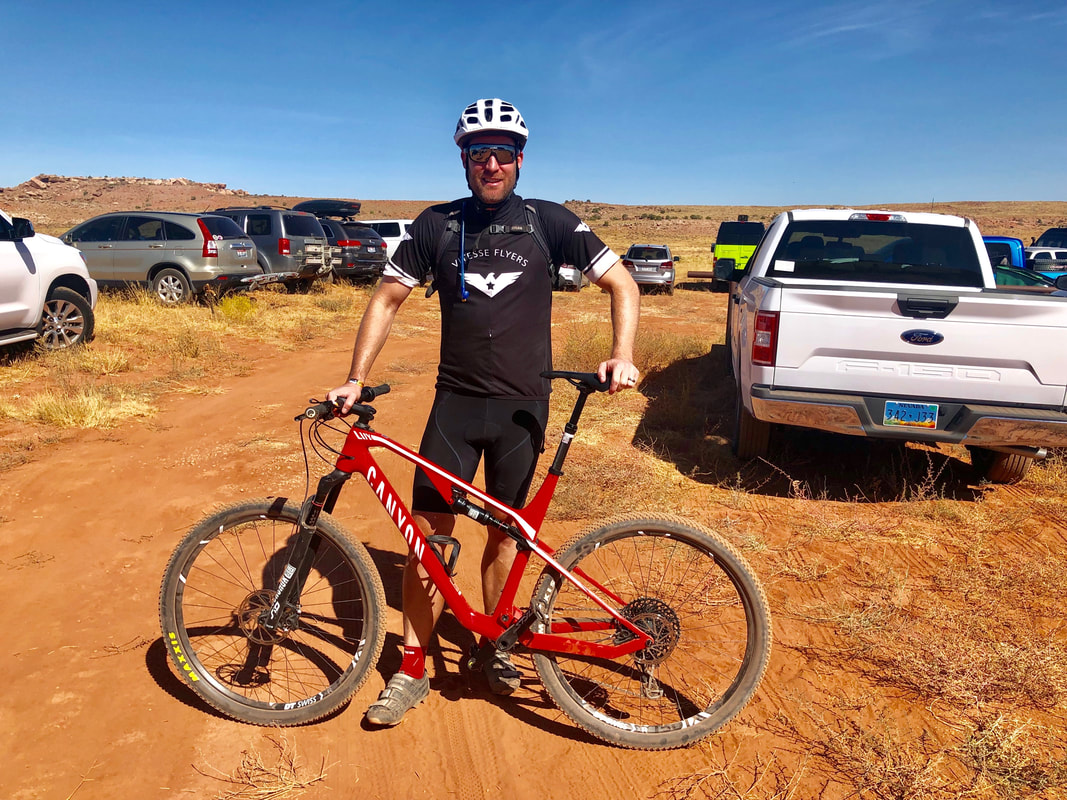 ​Looks like Outside Magazine is getting on the gravel bike train too! The article is here, but I'll post it below for your enjoyment. Perhaps most interestingly, the article quotes a Shimano distributor who claims that bike shops are selling gravel bikes at a NINE to ONE ratio to road bikes. That's an amazingly steep ratio! 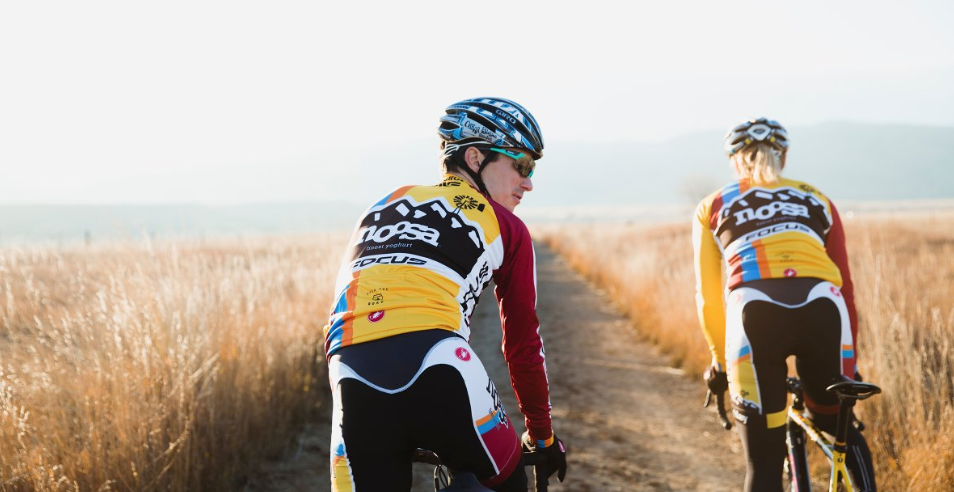 "Bicyclists are dying on our streets, and, if you hadn’t noticed, people are pissed off about it. The statistics are grim: in the U.S., 2016 was the deadliest year for cyclists in a quarter century. In 2018, fatalities jumped 10 percent over 2017. In New York City, where 19 cyclists have died so far this year in crashes compared to ten in all of 2018, bikers staged a mass die-in protest in early July in Washington Square Park. A lot of factors have contributed to the bloodshed, including too many cars, distracted drivers, piecemeal bike lanes, and more cyclists on the roads. Yet despite the efforts of many American cities and towns to make neighborhoods more walkable and bikeable, people are increasingly fearful of riding—or even running or walking—around cars.

It’s no wonder we’re all migrating to dirt. Trail running now counts nine million participants, up from only a few million a decade ago. A Canadian Shimano distributor informs me that bike shops in Toronto are selling gravel bikes (beefed-up road bikes with fatter rubber) at a nine-to-one ratio to road models. On the participation front, mountain biking is also on the rise. The Vermont Mountain Bike Association, which can be read as a bellwether for the collective health of the sport, has grown from 1,250 members in 2014 to more than 6,250 members today.
Vacationing in search of dirt is also all the rage. Summer tourism to mountain towns and mountain resorts is booming right now, with many mountain lodges doing more summer business than winter. And what’s the biggest driver of that—other than the fact that drinking White Claws on the beach (and then dodging traffic on the walk or ride home) gets old? The build-out of hike-bike-run trails both at ski areas and around towns. Trail construction is currently a major initiative in the resort business, and local tourism boards are behind it, too, supporting the efforts of trail associations.

Beyond the fact that our nation’s roads have grown too unpleasant and just downright deadly, people are flocking to dirt because, as we understand better every day, spending time in nature can improve our health in numerous ways. Personally, I’ve largely quit my longtime road-cycling habit after many years of road riding recreationally five days a week. (I was also bike-commuting 150 to 200 days a year but work from home now.) During my decade and a half of living in Boulder, Colorado, I advocated for safer roads. I adopted lights and brighter clothing. I stopped at stop signs and signaled my turns. But over time, as I lost friends and friends of friends to tragic bike crashes, I found myself feeling safe only when riding in pelotons. And since pelotons are widely scattered in western Montana, where I now live, it’s dirt for me. Many in my wider community of cycling buddies have followed a similar trajectory.
We really shouldn’t abandon the road, though. According to cycling-advocacy group People for Bikes, bike commuting currently accounts for about 10 to 12 percent of all cycling, and it’s vital for our health and the health of the planet that we grow those numbers. But the only safe way to do that is to follow the lead of bike-friendly places, like the Netherlands, and do more than merely paint bike lanes. We need physically protected bike lanes and paths. The goal isn’t coexistence; it’s segregation. In big urban areas, this will require large-scale capital investments. In places like Boulder and Park City, Utah, where it’s possible to commute on dirt, how about more of those low-cost options we call trails?

In the meantime, let’s fight more vigorously to get the word out that bikes are an important part of our transportation infrastructure. Tim Blumenthal, president of People for Bikes and a former editor at Bicycling magazine, told me that the group’s advocacy has grown from pushing for bike lanes and infrastructure to now include the message that bicycles are a public good, improving health while lowering transportation costs. He says this is especially important in a social climate where a lot of anger is directed at bicyclists.
As for diehard roadies, Blumenthal sees signs of hope in self-driving cars and bike computers that talk to them via GPS. Such innovations, he posits, could dramatically reduce crashes (though that could be wishful thinking). He also thinks that in the near future car makers, phone companies, and government will collaborate on a strategy to make it impossible for drivers to text behind the wheel. But these are small improvements to a fundamentally broken system.
​
“Will the road experience ever return to the point where we feel truly comfortable and safe again?” Blumenthal asked rhetorically. “The tough answer is that it won’t. And that’s a sad thought.” He pegs the cause to simple volume: Americans drove 600 billion more miles in 2017 than they did in 1997. “To think that the experience of safely riding on the road is done—it’s hard to even process. Improving or just recovering the recreational road experience is the biggest challenge that People for Bikes faces. And we just don’t know what to do. The nation accepts 40,000 car-accident deaths a year. In the current climate, the lives of road cyclists aren’t held in much regard.”
I would argue that the same is true for road runners and pedestrians. Until that changes, we’re all better off getting dirty."
​Fancy a gravel bike ride (hut to hut) in Iceland?

​A little bit of new broke this week that may seem unimportant, but if you read between the lines, it's SUBSTANTIAL. The news is this:

First, some context. Team Sky is the most scientifically charged team of pro robots in the history of cycling. Their mantra is "Marginal Gains." They are accused of riding only on power meter data rather than feel, or heart, or passion. And they win a lot. But it's boring.

EF Education First is also a pro cycling team, but they are bunch of hipster misfits with oddball personalities (i.e. Taylor Phinney, Alex Howes, Michael Woods, Rigoberto Uran, etc.). They are amazing cyclists. But they aren't robots. They lean toward zen buddhism & gravel riding rather than power meters & altitude training camps. And the initial reports state that EF Education First will deviate from road racing in 2019 by jumping into gravel races, mountain bike marathon races, and other off-the-beaten path endeavors.

So what does this mean?

It means that Rapha (the hippest bike apparel brand out there) believes that the future of cycling is exploratory, hip, gravelly, creative, & expressive. The future of cycling is not just road, science, labs, and power meters. This represents a really interesting paradigm shift in where we think cycling is headed. And Gravelution.com loves it.

(If you aren't yet privy to the artistic way that Rapha sees the world of cycling, take a peak at the video below):

​More "gravel" controversy in the UCI World Tour this week. The race "Paris Tours" takes place each autumn outside of Paris, and this year the organizers added NINE sections of gravel paths through vineyards. And while I thought it was amazing, more important people did not. The boss of QuickStep Floors (and arguable the most powerful Directeur Sportif in all of cycling), Patrick Lefevere tweeted:

"This will be the last time that Quick-Step do this race, even if we win. [It has] nothing to do with road cycling."

To his credit, he tweeted this before the end of the race, so he didn't know if his team would win or not (they didn't). But there is some rich irony in his words given that his team is custom made for cobblestone classics in the spring (which are also not raced on smooth roads, but rather cobblestones the size of cantaloupes).

I think Lefevere is on the wrong side of history here. While I love road racing, I believe that the addition of the gravel made Paris Tours 2018 beautiful, unique, and something to see. Watch the highlights yourself. The gravel is what made the race!

​What is the single greatest reason to get a Gravel Bike? Distracted Drivers! 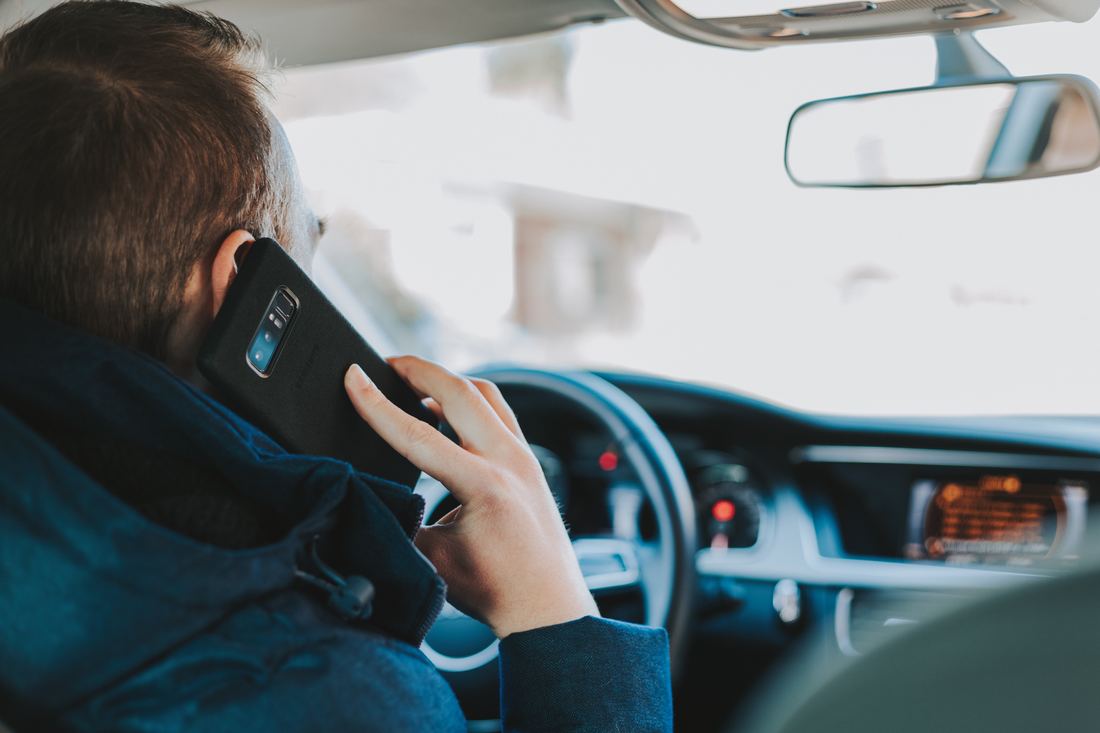 ​It happens far too frequently. You see drivers tip-tapping away on their iPhones behind the steering wheel.  Cyclists are incredibly vulnerable when sharing the road with drivers. That vulnerability skyrockets when drivers are looking at their phones, and not us. And it's not just talking on the iPhone that endangers cyclists. It's texting. And Instagram. And Spotify. And email. Some studies have concluded that 60% of drivers use their phone from time to time while behind the wheel. I've even seen that number raise to 70% in other studies. Those are scary numbers. So what's the answer?

Well, for me, the answer is to minimize (if not eliminate) my time riding a bike on paved roads. Admittedly, I still love road cycling, so you will see me riding up and down local canyons on my carbon Cannondale Synapse. But wherever possible, I have tried to ride on the pavement TO dirt roads where the bulk of my riding will be on gravel. I figure that the more I can decrease my time on pavement, the more I am decreasing the likelihood that a distracted driver barrels into me.

The 2018 Dirty Kanza is done and dusted, and it sounds like it was a doozy. With early morning pre-dawn lightning and rain postponing the start, the racers had to assuage those nerves even longer than expected. The day ended up being muddy and hot . . . like any good Dirty Kanza. Ted King won the men's race with a time of 10 hours and 44 minutes (which is an amazing 19.2 miles per hour over 206 miles!) and Kaitie Keough crossed the line with her husband as the first women's finisher at 12 hours and 9 minutes.

Ted King is a former World Tour road racer (i.e. Tour de France stuff), and Kaitie Keough is perhaps the winningest American cyclocross racer around today. What am I saying? The Dirty Kanza isn't messing around folks.
Lance Armstrong recently opined on gravel bikes and gravel racing on his podcast "The Move." His comments were triggered by the fact that a recent stage in the Giro d'Italia featured a beautifully grueling gravel climb (something not seen everyday in road racing). Here is what he said:

"What do I think about riding on the dirt and gravel? I think it's amazing. A sport that should be, and I think it is in some ways trying to reinvent itself, look to what's working. Because here is what is working: Gravel racing, in the United States and abroad, is working. If you want to look at events that are selling out quicker than anything else, it's gravel racing. Gravel Bikes? Selling like hot cakes. People are wanting to get off of main paved congested roads with people on their phones and all that other shit. And they want to get out by themselves without the distraction, and without the risk, so gravel racing is exploding. And I think it's awesome." 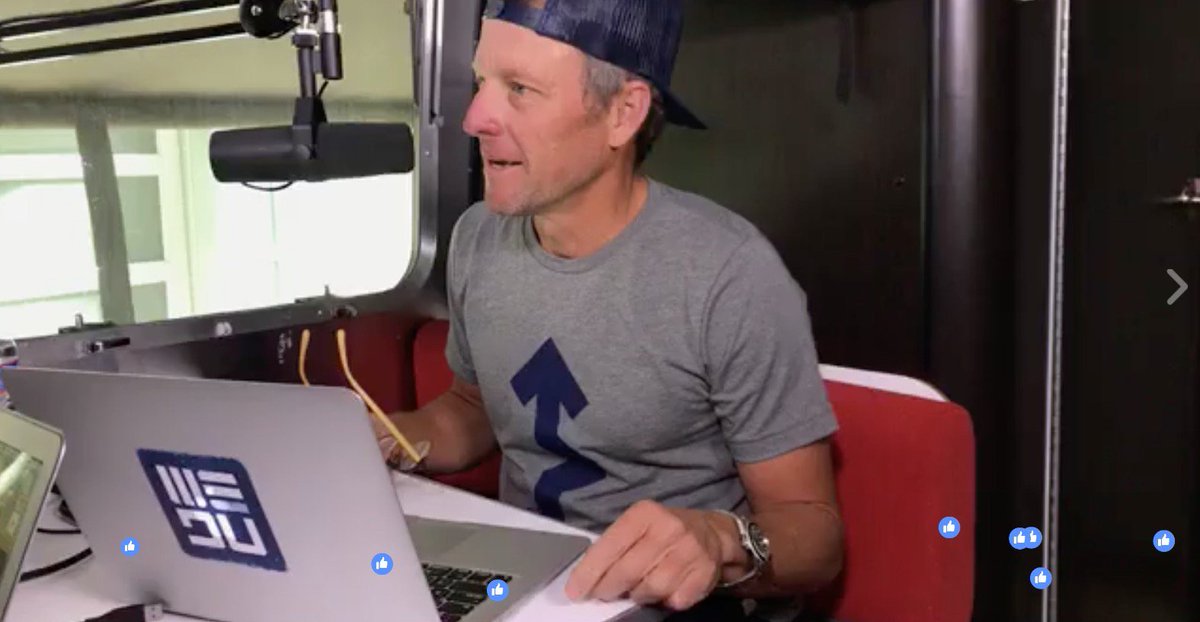 Have you ever heard of Lael Wilcox? Well, she rides 20,000 miles a year on a gravel bike. Sounds like a good life to me.
© COPYRIGHT 2019. ALL RIGHTS RESERVED.