In early 2020, we got our hands on the Evil Chamois Hagar, arguably the most "radical" gravel bike on the market. Does that "radicality" translate to all good? All shred? Or, are there deficiencies associated with this new sub-genre of "a mountain biker's gravel bike"? 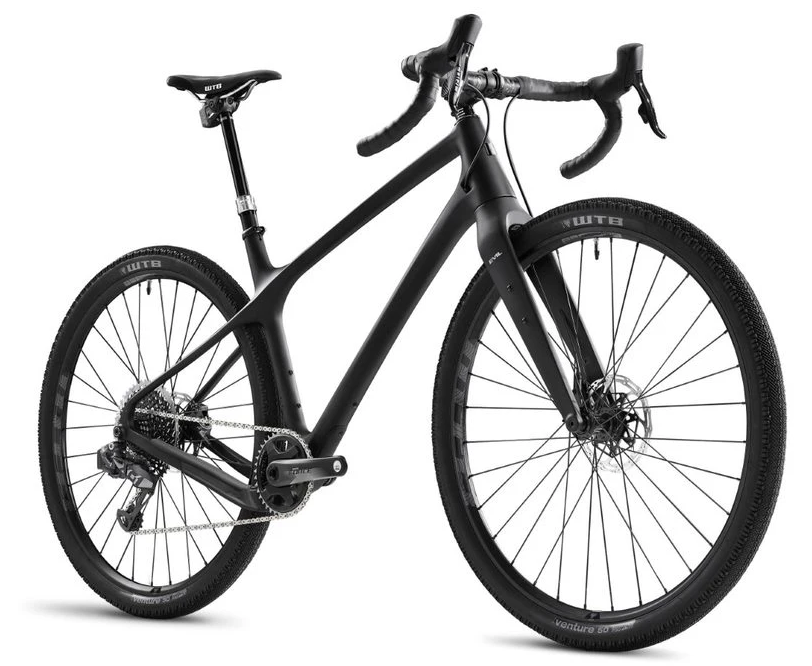 What grabs your eye immediately on this gravel bike? It's the geometry. It's plain nuts. It's extreme. And it is . . . beautiful. I'll admit it. Look: ​Here is Evil's bold & new vision for the Chamois Hagar . . . "Shred Comes To Gravel"
Ok, now that we've caught our breath, let's dig into how this bike performs and feels. We'll get this bike out in our hills and tell you about it below.

14 Miles
20% Gravel & 80% Road
Alright! Ride Numero Uno on the 2020 Evil Chamois Hagar is in the legs. My initial impressions on the bike after some pavement, & then the trail: 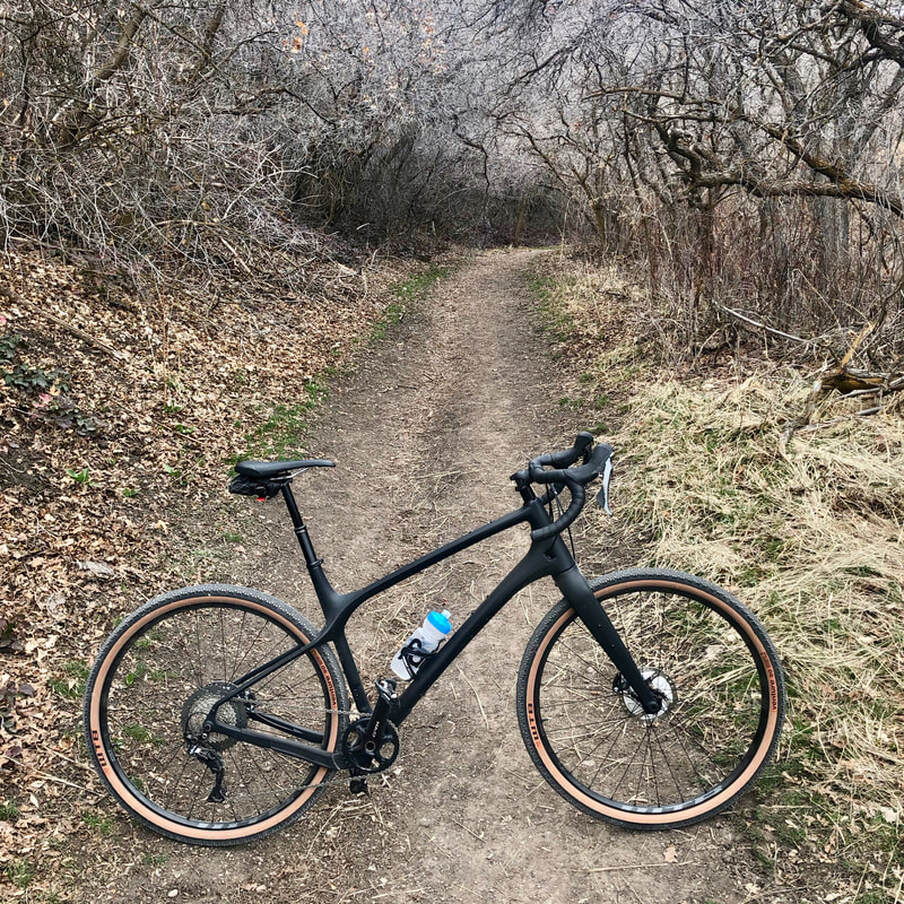 The Road:
Not surprisingly, the Chamois Hagar is not my favorite bike on the pavement. It definitely doesn't fly along the road like other gravel bikes can (namely, the Cannondale Topstone or Salsa Warbird). It feels tougher to pedal up to the trail than other gravel bikes. But, it's got much bigger tires, and that front fork (while adding stability) does NOT offer quickness or agility. So again, we're not surprised. If I had to say something positive about the Chamois Hagar on the road, I'd say this: It's better on the road than a mountain bike!

The Gravel:
It's on the gravel that the Chamois Hagar pops! It feels stable, strong, and capable on a slightly chunky flat or undulating gravel road. It's perfect. This is where the bike will thrive. Not on smooth gravel (I'd opt for the Topstone or Warbird again), but on gravel roads where there's some heft to the chunk. You know? And I started to feel so confident on the chunky dirt road that I opted to take it higher up the mountain on to some singletrack.

The Singletrack:
And, like ALL gravel bikes, once you get onto steep or technical singletrack, your brain will scream "WHY AM I NOT ON MY MOUNTAIN BIKE?" That's not unique, so we don't blame the Chamois Hagar for that. In fact, it surely descends singletrack better than any other gravel bike on the market due to its slack front fork and dropper post! But, ideally for this bike, you'd want to find that funny middle-terrain where a mountain bike is 100% overkill, but a "normal" gravel bike needs a bit more. You know?

30 Miles
60% Road & 40% Muddy, Snowy, Gravely, Pot-holed Canyon Road
You already know how I feel about this bike on straight clean pavement (it's the not the greatest, but it works). But here's a little more context to add to the Evil Chamois Hagar's repertoire:

This morning I pedaled the Evil up City Creek Canyon, which is a scrubby low-elevation canyon just north of Salt Lake City. As you get higher, the scrub oak turns to pines, and the road narrows so much that it resembles a Belgian pathway.  And this morning, I got caught in the rain at the top. So, I had a wet, cold, gravelly, muddy, dead-leaf-strewn, pot-hole-filled descent ahead of me back to the city limits. And, the Evil Chamois Hagar NAILED it. Seriously, it nailed it.

Listen, I'll admit that I have been a doubter on whether or not a gravel bike should have a dropper post. Generally, I don't think it's necessary. But this morning in the rain, I dropped the post just 3 inches or so, lowered my center of gravity, and flew down the canyon turns, through muck at each bend, to the safety of the city streets below. And as I flew down the grimy canyon road on my Evil with it's slack fork, 50c tires at 45 psi, and lowered seat, there was NO OTHER BIKE I WOULD HAVE PREFERRED FOR MY OWN SAFETY on a gnarly & wet canyon descent.

​I think I love the Evil Chamois Hagar a little bit more after this morning's ride. 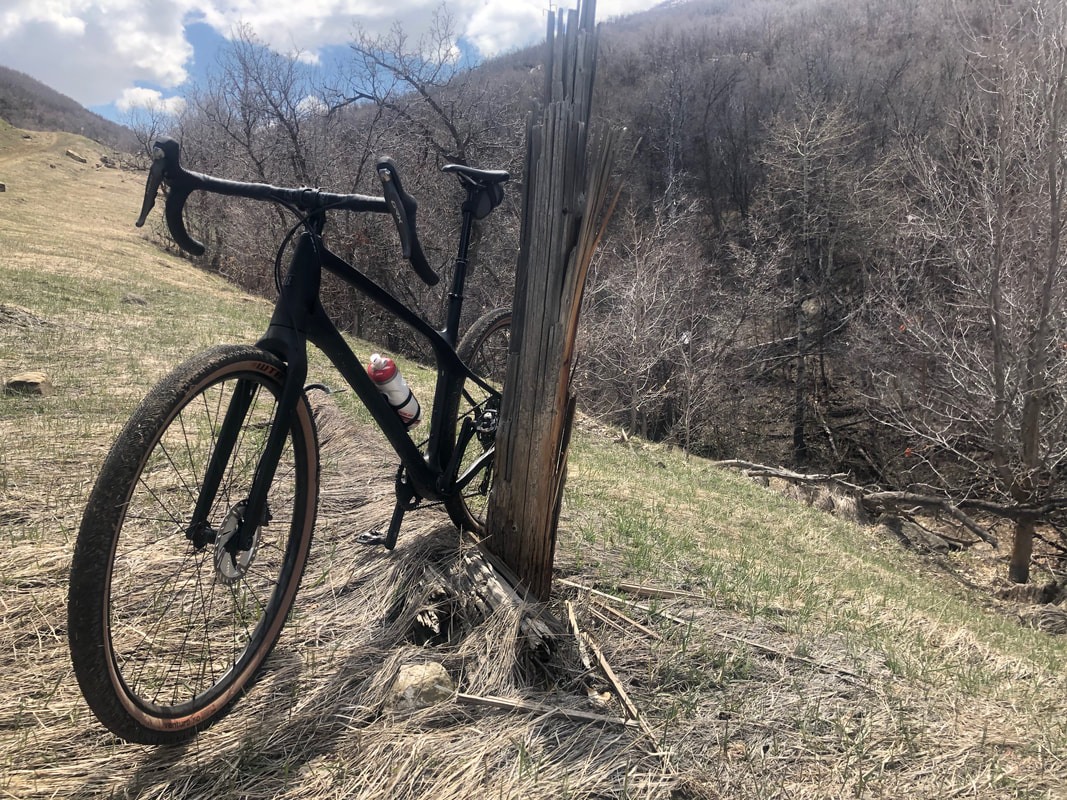 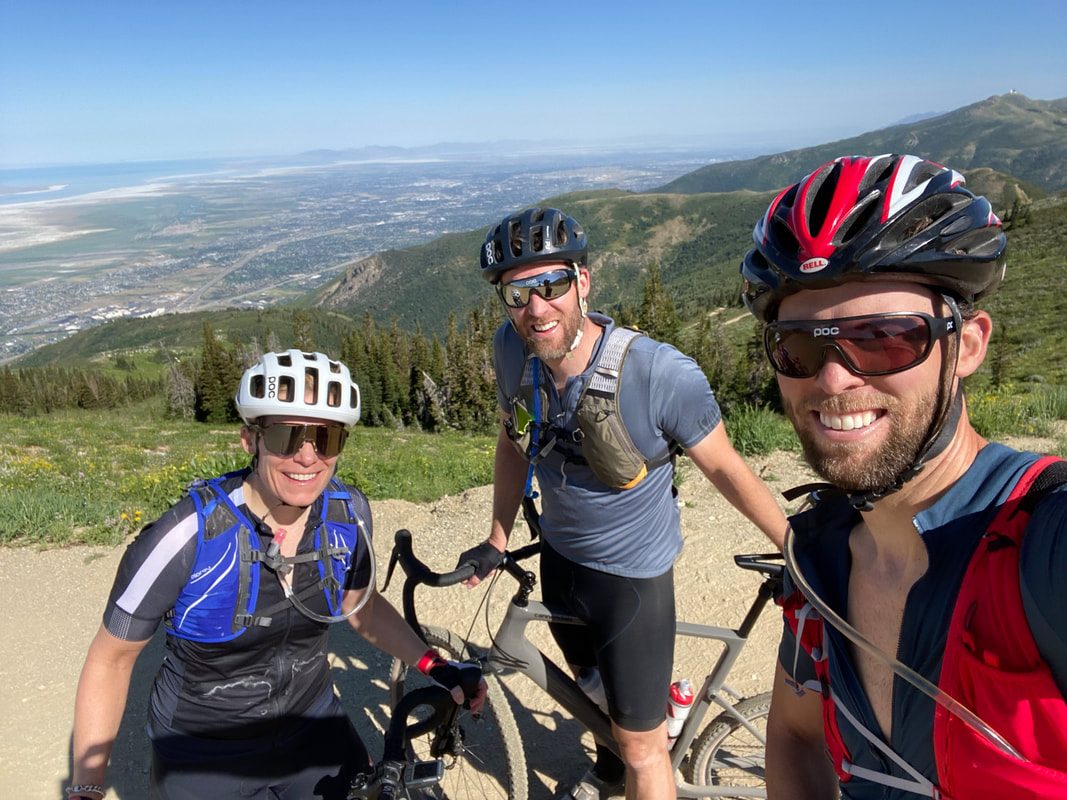 While all three bikes are capable climbers, the Evil Chamois Hagar smoked the other two to the top, although it's probably less a result of the bike, and clearly a result of the rider's fitness. But, the real test came on the descent. From the photo below, you can see it was gonna be tough on the wrists . . . that's a long descent. 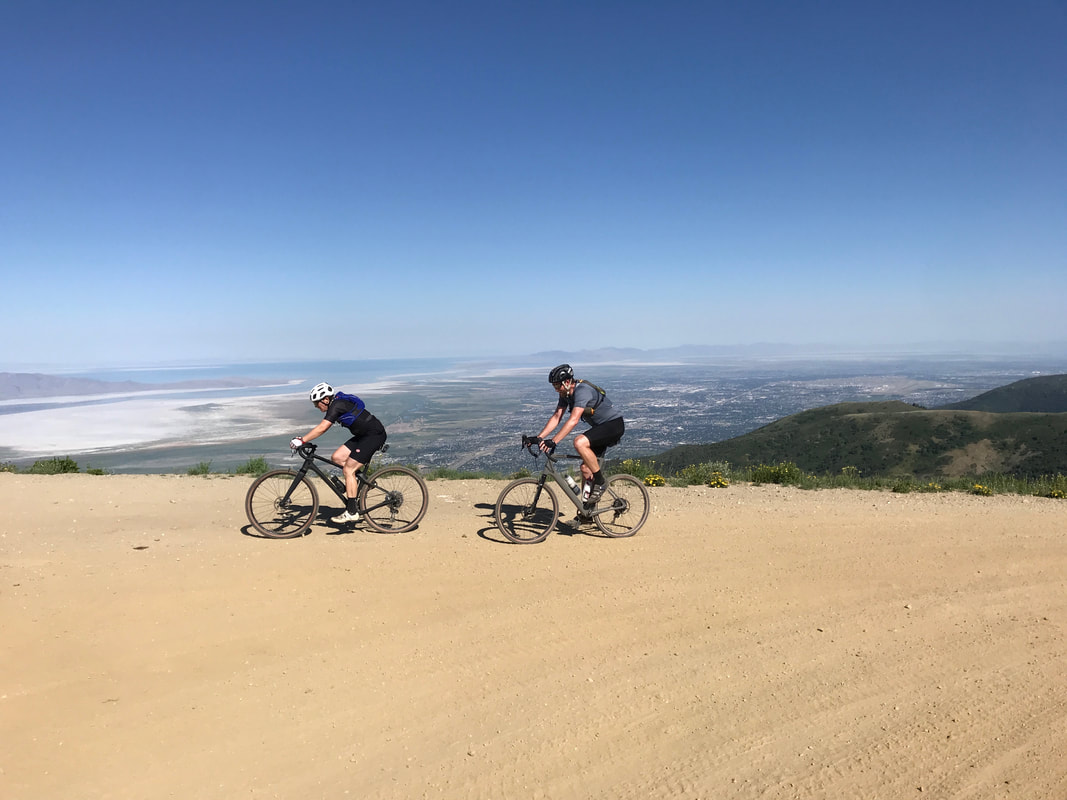 So we'd rank the "descendability" of the bikes on a rutted, dusty, washboardy, 5,000 foot descent as follows:

1) The Cannondale Topstone with the Oliver Lefty Fork is the clear winner here. That 30mm of travel did not make me feel like I was on a mountain bike (which would have felt even better), but once I jumped over to the Salsa Warbird (fully rigid), I realized just how comfortable that Topstone is on mountain descents.  Add to that the fact that we were running 47c tires at about 38psi, and it was as comfortable of a ride as you could hope for on a gravel bike.

3) Finally, the Salsa Warbird comes in third with a respectable descent, but it's just not as "gnarly" as the aforementioned two bikes. The Original Gangsta Warbird runs 40c tires (significantly less than the other bikes) and is made to be a straight-liner gravel race bike rather than to bomb down hairy mountain descents. Did it get down? You bet it did! Just fine. That said, it was just a little less comfortable than the Chamois Hagar, and that much more uncomfortable than the new Cannondale Topstone. 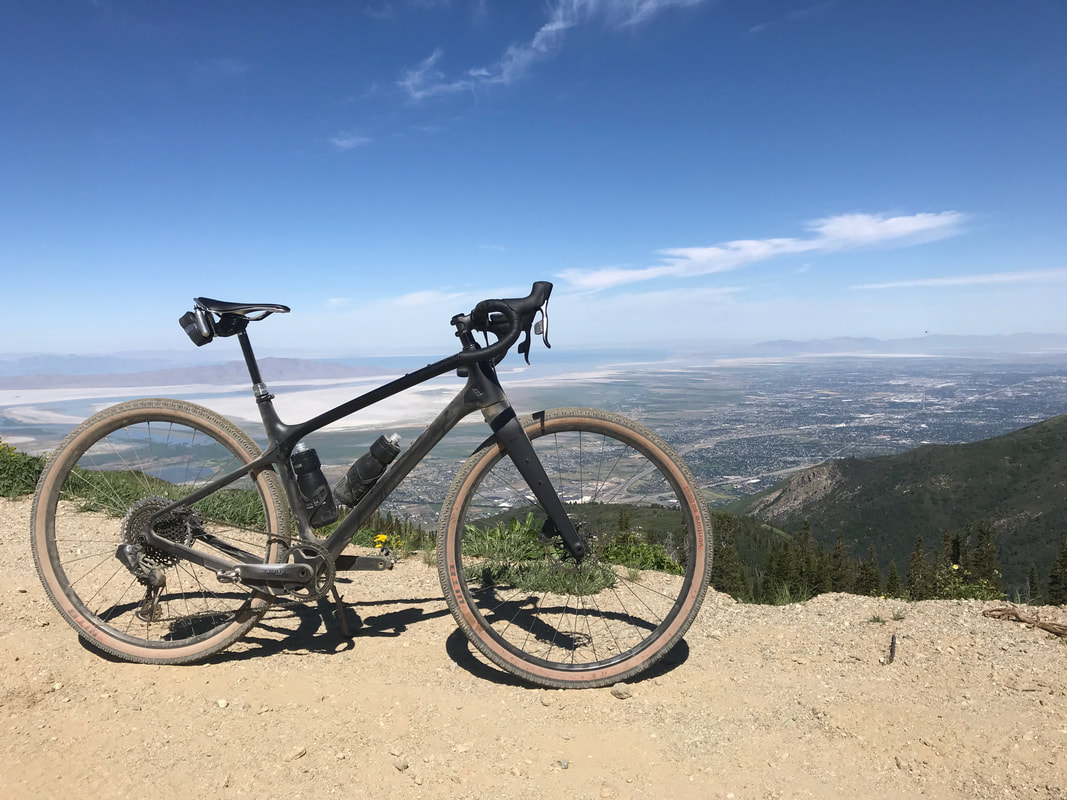 But here's where the Evil Chamois Hagar definitely wins . . . BEAUTY.  The bike is stunning. Perfect. Matte black. Looks like it's ready to rip at any time of day or night. Well done Evil!
© COPYRIGHT 2019. ALL RIGHTS RESERVED.